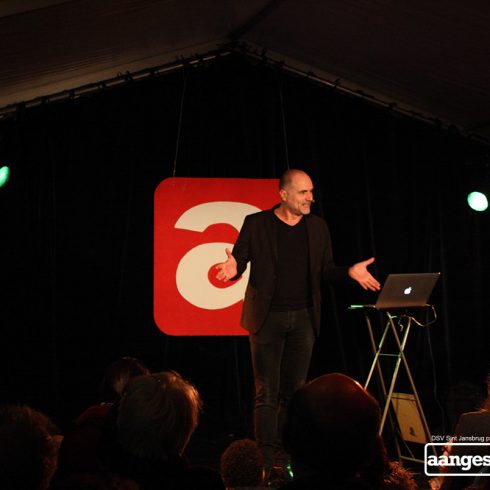 Leo Blokhuis, also known as ‘pop professor’, has been known for a while in the music industry. Among other things, he is famous from the Top 2000 a gogo, has written multiple books, made radio shows and composed CDs. He won the Pop Media prize in 2008, because of his ‘enormous factual knowledge’ and ‘love for the song’, and in 2010 he received a ‘Gouden Tulp’ (Golden Tulip) prize for best informative book of the year. He also currently has a theatre show in the making. With pride we can tell you that Leo Blokhuis will be sharing his knowledge on pop music at Festival Aangeschoten Wild!

END_OF_DOCUMENT_TOKEN_TO_BE_REPLACED
Just as we like great artists and good food, we love a fully functioning website. We're using cookies to achieve that and by continuing to use this website, we assume you're alright with that.