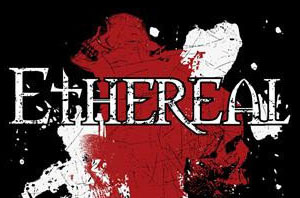 What do you get when five young and talented musicians combine the complexity and melody of Scandinavion trash/death with the brutal force of American metalcore?

Ethereal is about one thing and one thing only: creating overwhelming, jaw-dropping music which guarantees a good-old ache in the neck tomorrow morning. While the bands’ five musicians can show skills that put them in the Premier League of the Dutch metal scene, they are not afraid to mix solid songwriting with a decent dose of showmanship. Thus, guitarist Michiel Quakernaat and synth virtuoso Uri Dijk (who won the “Best Musician” award at the 2010 Grote Prijs van Nederland) will give you dual solos rarely seen in the metal genre. There will be sticktricks, and a bassplayer who loves running around stages as fast as possible. You will get frontman Daniel Verbrugge, officially ranked top-three Dutch grunter of 2009, and drummer Eelco van der Meer, who’s vast experience makes him the perfect and impressive motor for the band. Moreover, you will get movement, passion, surprises, massive energy, moshpits. You will get everything you hope for when visiting a metal show.

So, what do you get when combining Lamb of God’s astonishingly raw energy with the melodic powerplay of, let’s say, Children of Bodom? You will experience a band who’s classical and prog influences are as present and impressive as are their brutal and epic riffs. A band who’s live performances are unlevelled. A band, most of all, which will satisfy the needs of every person who loves loud music. This is ETHEREAL.