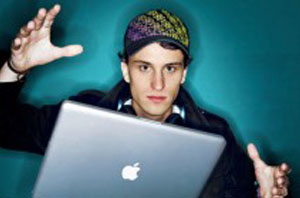 WhiteNoise is what happens when electro blows up, dubstep takes its place and you throw youth and an art school imagination on top. 21-year-old Emanuel Bender has been producing for about a year and has already developed his own highly original style that is one giant romp across pop culture, encompassing everything from swing and world music, to film samples, and mainstream pop and hip-hop, all unified through a blend of electro, dubstep and breaks gunned into hyperdrive. Through frantic pacing, Bender’s compositions speak to a digital generation where music travels faster than information.